I’m pleased to have one of my images featured as the Picture of the Week in Adventure Travel Magazine and on their website. Check the site out here for all the latest adventure and outdoors news.

Last week I managed to get away for a bit of a holiday and where better to go than the Isle of Skye. I wasn’t expecting too much from the Scottish weather but I certainly didn’t expect gale force winds and driving rain the whole week! It was so awful it was rather impressive. Luckily I had a cosy little cottage to hide away from the elements. So not quite the photographic adventure I’d hoped but I did manage to get a few shots whenever there was a break in the weather. The above is of Loch Garry which looks remarkably like a map of Scotland from this viewpoint. I’ve also been told it looks like a unicorn but I’m not sure if I see it!

Neist Point is the most westerly point on Skye and a place of dramatic landscapes. The coast was being pounded by the elements and I struggled to stay on two feet as the wind roared around my ears.

A rather drab and sorry looking Eilean Donan Castle. Not quite picture postcard weather but the castle itself is well worth visiting. Although you may want to check the opening times before you make the long journey, half the highlands appear to close down for the winter months which I found rather dissapointing. If you can’t enjoy Scotland in bad weather, when can you enjoy it! I’ll save the ranting for my local MP 🙂 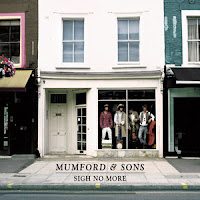 For those of you who are musically minded I’ve got to make a plug about this album, ‘Sigh no more’ from Mumford & Sons. It was the soundtrack to the trip and the perfect accompaniment to the island landscape.

Two stops in one night… I made a mad dash up from Doune to Sheriffmuir and the Ochil hills behind Stirling to try and make the most of the pristine light and dramatic sunset to come. The orange glow as the sun skimmed the horizon was glorious, although it was a shame there were no clouds to catch the light and add some interest to the sky.

A shot like this can prove rather problematic for any camera. The minute the sun enters the frame you have aperature and glare to worry about. To make this image work I set my exposure using a reading to the left (away from the sun) and then panned round to include a little of the brilliant orange light. A little work was needed in Photoshop (dare I say it) to retain some of the sky detail and return the bottom part of the image to its original glory.

The views from the top of the hill were breathtaking and these sheep only added to the moorland atmosphere. Shame I hadn’t switched lenses at this point as I’d have liked to have cropped this a bit further.

The sky turned a nice shade of orange and I always like how the light changes in layers as you look into the distance.

It’s not quite a Red Deer stag but this makes for a nice shot nonetheless with the mountains in the background and the fading light. It was only a matter of seconds before this sheep scampered off and the effect was gone.

Just outside of Doune, Stirlingshire stands the Sir David Stirling Monument. Sir David Stirling founded the Special Air Service (SAS) at the height of World War II. The monument is quite impressive but no real match for the view north-west towards the highlands which is beautiful.

All that’s missing in the above photograph are vineyards, but alas this is Scotland after all. It looks warm but I can assure you it was a bit nippy!

It’s well overdue but I finally got around to ascending Britain’s highest mountain at the weekend. Ben Nevis stands at 1,344 metres (4,409 ft) and attracts thousands of climbers and hillwalkers every year. There are two main routes up the mountain; the ‘tourist route’ or the ‘north face route’ which involves some scrambling or climbing depending on how you tackle it.

On this occassion I opted for the simpler tourist route, thinking that hiking up the highest mountain in Britain would be challenging enough. I have to be honest however and say that it was a lot easier than I imagined with well formed paths and stone steps leading up most of the way, making for a less than exciting ascent. Luckily the expansive views on the way made up for things; you really can see for many miles around. Dark, brooding clouds and the odd spot of rain only added to the dramatic landscape and made for some brooding shots.

The above shot may well have been taken as my camera flew out of my bag towards the rocks below. Unfortunately a little accident means my camera’s LCD screen is now completely smashed! One for the insurers I think…

Overall it was a cracking day (no pun intended) and I’m very happy to have completed the walk, although I’m rather regretting jogging half way back down the mountain. It was a lot more exciting than walking, but my legs don’t seem to agree! Until the next challenge.

I’ve wanted to get out for some rock climbing for ages but just haven’t had the chance. Well, today the chance came up and I grabbed it. My good friend Dereck offered to take me out to a local quarry which is full of climbs of various difficulty. Luckily there were some nice and easy spots to get me into the swing of things.

The quarry is set within mixed woodland and has become somewhat of a local playground for bikers, climbers and walkers.

Dereck makes it to the top of a climb, showing the size of the rock face; a good 60ft or so. All precautions were taken to make sure the rock was stable and fit to climb of course.

Going over the edge! I don’t look so sure about myself as I stretch down with my feet, searching for a small ledge before starting my absail back down the cliff face. Somehow even after scaling the rock face, this is the scariest part!

I managed to get a few shots with my camera while absailing, which provided some stunning views and a different perspective on things. I’ll have to work on my ‘climbing while carrying camera equipment’ technique, but absailing using a Grigri to lock the rope is ideal for some mid-air photography. I can see there being a few more outings in the coming months.

About the Travel Blog

The Escape Images Blog follows photographer Daniel Sweeney and partner Anne Marie on their travels around the world. If you are interested in photography, travel, adventure, nature or the great outdoors then there should be something here for you. Daniel is currently self employed as a graphic designer (totalbrand.co) and living in Queenstown, New Zealand.

All images and text on this website are Copyright © 2008-2022 Escape Images unless stated otherwise. All rights reserved. The use of any of these materials without written consent from Escape Images is strictly forbidden. For licensing and editorial enquiries please email danny@escapeimages.com